Both PowerShell and PowerShell ISE  is simple and easy to use script execution environment But PowerShell ISE (Integrated Scripting Environment) provides more flexibility because of its GUI. It provides various controls and features, which help developers to create, edit, update, debug, and refine PowerShell script. 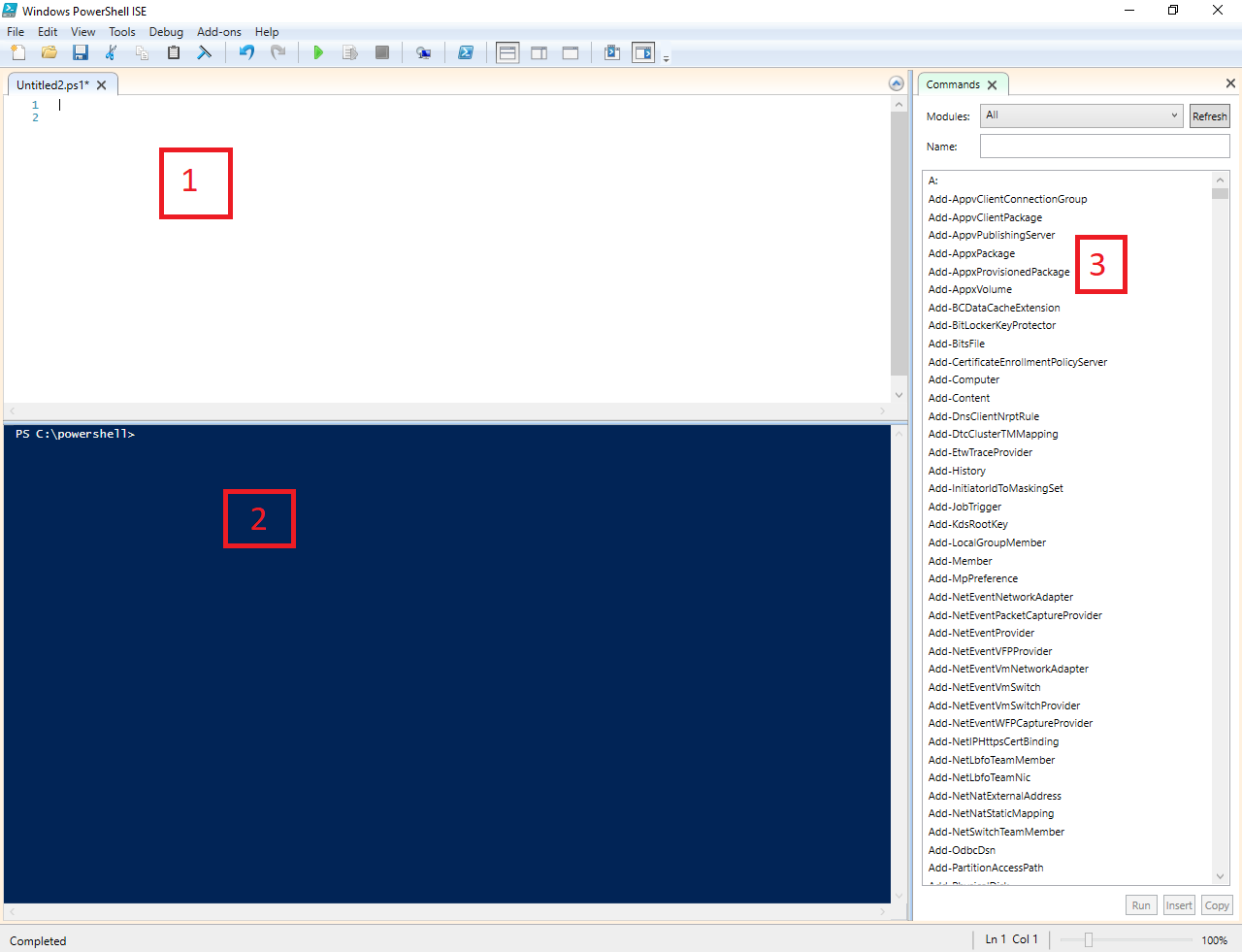 PowerShell ISE is a feature-rich GUI as compared to the PowerShell console. The ISE provides a variety of shortcuts and controls, user help and other easy to use features that are not present in PowerShell command Line. For example, the ISE supports – IntelliSense, Indenting of the script, multi-line editing, tab completion, syntax-based coloring, selective execution, debugging with breakpoints in the script, help, and multi-language support.

Here is a screenshot above you see only one window in script pane named “untitled.ps1” but we can even open multiple script windows at the same time. It is useful when we are debugging a script, which uses the function defined in other modules or script.

Note: Selective execution is not permitted in PowerShell command Line. 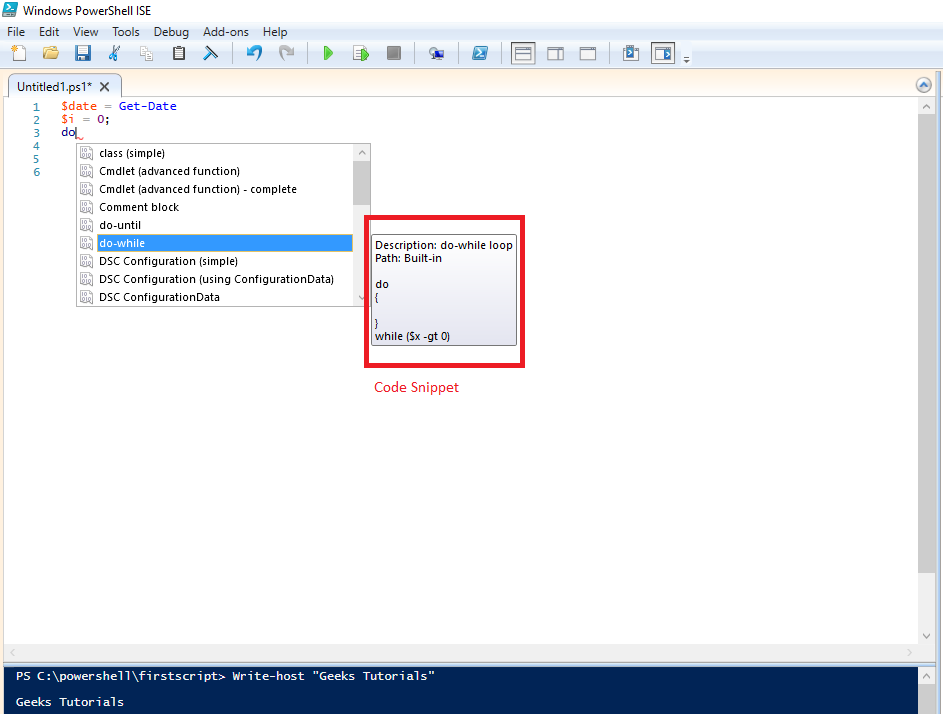 6. Customization – PowerShell ISE has a lot of options, which you can customize according to your requirement open the tools menu and click on options to customize the default settings.

How to Execute the Powershell ISE Script

I hope you now have some level of understanding of how to use PowerShell ISE. This is flexible as compared to the PowerShell console and provides feature-rich GUI.